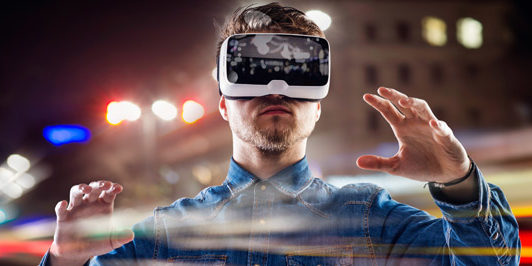 Software development has had a long history, and with the way it keeps developing, it’s going to have a long future as well. Before we get into the future of software though, we need to understand where it came from.

A brief history of software development

The history of software development starts even before the first electronic computers. I know, crazy. According to the History of Computing Project, Charles Babbage invented an analytical engine in the mid-1800s. This was considered to be the world’s first computer, but it was completely mechanical. It was made up of wheels, gears, rods, and axles. Punch cards were used to deliver the software for computations.

Then, the Electronic Numerator, Integrator, Analyzer and Computer (ENIAC) was created in 1945. This was the first electronic computer, and it continued to use punch-card software. This method continued to develop and improve, especially near the end of the 1950s. Here is when the term ‘software’ was coined by John Tukey, and with increasingly complex code developing, software engineers grew in demand.

As computers continued to evolve, so did the problems. This is when software studies started to be acknowledged as a legitimate science. Intel then began developing smaller and faster microprocessors, and soon after, Paul Allen and Bill Gates wrote an interpreter that would impact the industry forever. The interpreter they created worked so well with their chosen compiler, they formed a company called Micro-Soft. Sound familiar?

Then, Apple II, released in 1977, had a huge impact on software development services with its advanced operating systems. Microcomputers were then found everywhere, from schools, businesses, and homes, and the demand for new software flew through the roof. This is when software development could be considered an industry on its own.

Look at today’s world. The technology we have access to on a daily basis is mind-blowing. What would Charles Babbage say if he could see how software is now? Smartphones and tablet computers are everywhere, and mobile apps are so easy and accessible. Software is even offered as a service (SaaS) that is paid for by monthly fees. And these can be customized. For example, here at Hill Country Tech Guys, we have SaaS solutions that we customize and tailor to you and how you run your business. This will help you with communication, management, and collaboration. Oh, how far technology has come.

This may be one of the coolest technologies coming out of software development. Virtual reality (VR) is a computer-generated environment that lets you experience a different reality. You access this virtual world through a headset. The headset covers your eyes and visually separates you from whatever space you’re physically in. Through two small lenses, you can see images of anywhere in the world. For example, you can tour the Louvre, hike the mountains of New Zealand, become part of a movie, walk the streets of Peru, or throw yourself into a video game while you sit relaxed on your couch. Pretty cool, huh? From entertainment, artistry, and tourism, to education, meditation, and real estate, VR is used in a number of different fields. Click here for a visual representation.

There are also many forms of VR, from the cheaper headsets that work with your phone to the high-tech and costly devices that require a powerful PC or gaming console. All of these options, no matter how simple, are proof of how far software development has come. From an analytic engine to the crazy complex, yet simple, codes found in today’s technologies, it’s amazing to watch.

Here at Hill Country Tech Guys, we’re familiar with software that can help your company run to its full potential. If you have any questions, or are interested in the softwares we service, don’t hesitate to contact us!