Overwatch and the Consequences of Violating Regulatory Compliance 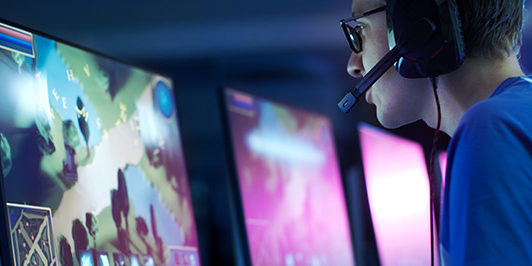 Unless you’ve been off the grid for the past year and a half, you’ve probably heard of “Overwatch,” a multi-player, first-person shooter game created by Blizzard. Since it’s creation in May 2016, it’s won multiple awards and rapidly become one of the most popular online games. Ever.

As it’s gained fame, its players have also gained notoriety for being particularly abusive in both text and voice chat. Many have reported feeling bullied and verbally attacked by others within the game.

While this has been going on since its creation, it’s only been in the past few months that Blizzard has started to take action in solving the problem. Their delayed reaction in mitigating the toxicity has brought criticism from fans and gaming news sources, alike. However, folks are still playing the game and the extreme popularity of “Overwatch” is largely unchanged.

You might be thinking: wow, the consequences haven’t been that significant. I mean, a few people shook their heads and tsked their tongues, but that’s about it…

And you’re right. Aside from a very slight ding to their reputation, there hasn’t been much fallout. The reality is that Blizzard, as one of the most video game developers in the world, isn’t bound by many regulations. While it’s unfortunate some fans have turned nasty, Blizzard can get away with taking their time in finding a solution that punishes them for being rude. If they don’t, fans will likely move onto a new game, or keep playing in spite of the negativity. Life will go on, and Blizzard will continue to be successful.

While Blizzard doesn’t have many regulations to follow, SMB owners do. Small and medium-sized businesses cannot simply avoid compliance regulations, and if they do, their company will most certainly suffer.

Violation fines can range from $100 to $50,000 per violation. Mishandling records, network breaches, lost or stolen devices, insufficient insurance coverage… The list of potential infractions goes on. When you violate regulatory compliance, the money you could spend growing your business will go toward paying fines that could have been prevented.

With so many national and industry-specific business regulations, there are loads of ways you can violate compliance. For instance, leaking someone’s confidential information is a violation of their privacy, per the Gramm-Leach-Bliley Act of 1990. If you don’t dispose of this sensitive consumer information in a safe way, you violate the Disposal Rule. If your business isn’t an equal opportunity employer or does not meet certain requirements detailed by the Americans with Disabilities Act, you’re in violation. If you call people who have listed their information on the National Do Not Call registry, you’re violating the Do Not Call Rule.

These are only a few of the many ways your company can violate compliance. Depending on the severity and kind of violation, your business can then find itself in the midst of a lawsuit. This creates a whole other slew of problems for your business: lost time, unbudgeted legal expenses, operational delays, potential reputation damage, negative press, etc. All things that sabotage the growth of your business.

If your business violates any regulations, they may have to start submitting to a series of comprehensive compliance audits, in which independent accounting, security or IT consultants evaluate the strength and thoroughness of your compliance preparations. What compliance auditors examine varies depending on the type of alleged violation, whether a business is public or private, what kind of data they handle, and other operational factors.

Even scheduled audits are generally disruptive because they take valuable time away from your team to gather and report data, review audit results, and oversee interaction with the auditor(s). Time they could use to work on other more productive projects that keep your business moving forward.

Last, but certainly not least, when you compromise compliance regulations or standards, you have a really good chance of damaging your reputation. “31% of consumers said they discontinue their relationships with an entity following a data breach.” This essentially means that if you violate compliance standards, you should be prepared to lose one-third of your customers. That’s nothing to shake a stick at.

The fact is, compliance violations hurt your company’s image, current business relations, and employee morale. All of these consequences are reasons your business may suffer or worse, fail.

How to Avoid Violations

Maintaining regulatory compliance is challenging. Especially because regulations are constantly in flux and continue to grow more complex. When you’re trying to run a business, it’s hard to devote ample time to keep up. In fact, “keeping policies current with changing regulations is the number-one challenge for 47% of organizations.”

That’s where an IT consultant comes in. With the right compliance experience for your business, they can help make sure that you are in the clear and actively minimizing the risk of violating standards. Ignorance is no defense. Knowing your business meets standards is.