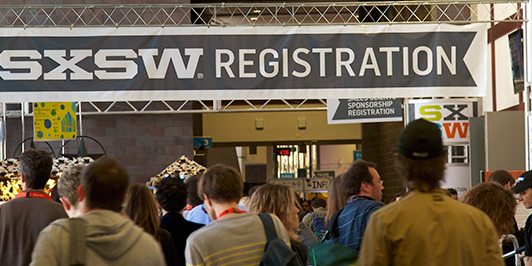 Last Friday, President Barack Obama appeared at South by Southwest Interactive in Austin to discuss the heated debate on encryption. But before diving into the debate, let’s take a minute to examine what’s currently unfolding in the federal court.

Apple, one of the world’s biggest technology companies, is challenging the government’s request that it help the FBI access sensitive data on a phone that was used in the San Bernardino, CA attack – a terrorist attack involving a massive shooting and bombing that ended up with 14 people being killed.

Apple’s unwillingness to help the FBI access the iPhone used in San Bernardino has led to an enormous legal fight over encryption vs. privacy. The FBI has not had success in unlocking the phone alone and wants Apple to create a program specifically for that phone to help them gain access to the data on it. But Apple has denied their request, saying that it would set a terrible precedent.

During the debate countering the issues of encryption and personal privacy with national security, Obama took the side of law enforcement, saying that the matter would not be resolved by adopting an “absolutist view.” Obama restated his commitment to strong encryption, but also raised the point that officials must be able to access data held on electronic devices because the “dangers are real.”

“My conclusion so far is that you cannot take an absolutist view on this,” Obama said according to ABC News. “So if your argument is strong encryption, no matter what, and we can and should, in fact, create black boxes, then that I think does not strike the kind of balance that we have lived with for 200, 300 years. And it’s fetishizing our phones above every other value. And that can’t be the right answer,” he said.

Towards the end of a lengthy Q&A session with Evan Smith, CEO and editor in chief of The Texas Tribune, Smith asked the president “where do you come down” on the privacy vs. security debate.

Obama answered that governments shouldn’t “just willy nilly” access smartphones that are full of very personal data. But at the same time asserted that “there has to be some concession” to be able to get the information in some instances.

“I am not interested in overthrowing the values that have made us an exceptional and great nation simply for expediency,” Obama added. “But the dangers are real. Maintaining law and order and a civilized society is important. Protecting our kids is important.”

Obama wrapped up the debate saying that the administration already is using technology to improve people’s lives and cited the streamlining of federal applications as an example. Offering up a problem in need of a solution, he urged industry leaders and entrepreneurs to use technology to help increase voter participation.