Disaster Recovery Could Have Made The Difference 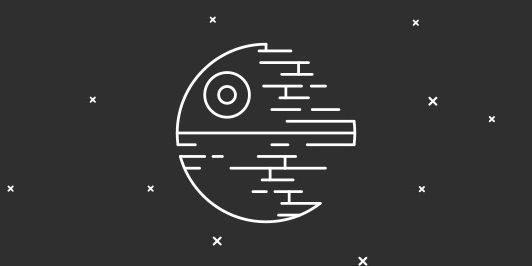 It’s a weird thing to imagine. Well, weird if you consider yourself a bit of rebel. If you’re an Imperial sympathizer (or just plain evil), it might not be hard to imagine at all.

What if you wanted to save the Death Star?

Think all the way back to Episode IV – the very first Star Wars movie. Remember how Luke, Han, Princess Leia and Chewie escaped the Death Star? Obi Wan disabled the tractor beam, allowing them to hop on the Millennium Falcon and just fly away.

Their escape meant the rebels got their hands on some vital data – the plans for the Death Star. That data would eventually lead to the Death Star’s destruction.

When you consider the technology the Death Star incorporated, it’s fairly amazing that one old man could pull a lever, turn a dial, and disable the one thing keeping a handful of rebels (and two droids) from pulling off the galaxy’s biggest data breach ever.

It might not have made it into the final cut of the movie, but you know somewhere on that battlestation there was a developer who felt the . . . pinch . . . of that mistake.

In fact, the Death Star became a giant interstellar firework for two reasons. First, because there were multiple lapses in security. Second, because the Empire had absolutely no disaster recovery plan.

In Episode V, Yoda famously said, “Fear leads to anger. Anger leads to hate. Hate leads to suffering.” With all respect for the great green one, we’d like to add to that.

It was arrogant of the Empire to assume they’d never have a data leak. Had their cybersecurity been up to snuff, the Death Star plans would have never been stolen.

That arrogance, in turn, meant they had absolutely no disaster recovery plan. When they did suffer a data breach, there was no process for bouncing back, addressing security holes, locking down the network, or making critical adjustments so the stolen data couldn’t be used against them.

Star Wars may be fictional, but data breaches are very real. The Empire paid dearly for their lack of preparation. It made for a great movie, but that is not something you want to see happen with your business.

To avoid the same pitfall, you need a disaster recovery plan. And if you’re thinking, “But guys, our company’s small. No one’s going to hack us,” then buckle up and get ready for some alarming stats.

There are two strategies for protecting your organization, and they work hand-in-hand. First, you need top-notch cybersecurity. But it’s just as important that you have a thorough disaster recovery plan in place.

Even the best cybersecurity can be breached. Cyber criminals are relentless in their efforts to bypass the newest security technology. While it’s absolutely worth your time to beef up security, you need to be ready for worst-case scenarios, too.

You need a disaster recovery plan.

If your business doesn’t have a disaster recovery plan, it’s time to jump on that. Hill Country Tech Guys can help. We have experienced IT professionals who can guide you through the process. We’ll ensure you’re protected on the front end and prepared just in case cyber criminals slip past your defenses.

Give us a call today. We’ll make sure no man, woman or droid takes your business down.