3 Examples of Data Loss That Will Make You Sweat 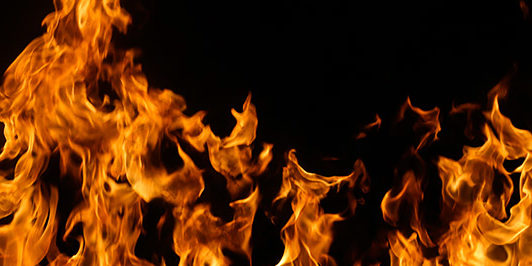 It was 48 BC, a year into Caesar’s Civil War when Julius Caesar found himself besieged in Alexandria by the powerful Egyptian general, Achillas.

Achillas far outnumbered Caesar’s army with over 22,000 men surrounding him. When Achillas tried to cut off Caesar’s fleet, Caesar attempted to repel him by lighting his ships on fire. The fires rapidly spread, ultimately reaching the library of Alexandria. It was destroyed.

Historians argue whether or not it was the fire Caesar set that obliterated the great library. But no matter who was responsible, the fact remains that due to an unforeseen disaster hundreds of thousands of scrolls containing the work of advanced mathematicians, astronomists, physicists, writers, and scientists works were lost. Knowledge and culture gone forever.

Now, had these leaders thought to make multiple copies of their works, it would have lived on. Unfortunately, they did not, and the event has been labeled one of the most devastating instances of data loss in world history.

Luckily, you can learn from this great disaster. In the modern world, it’s fairly easy to make multiple copies of your sensitive business data. Copying digital files is much simpler than handwriting scroll after scroll of information. However, 68% of SMB owners do not have a written disaster recovery plan, and 21% say that it’s not even a top priority.

Sure, the fire at Alexandria was hundreds of years ago. But data loss happens frequently in the modern world. Being unprepared can still lead to disastrous consequences. To demonstrate, we compiled a list of three notable instances from the 21st century.

During the making of Toy Story 2, someone accidentally ran a server command that rapidly began deleting animation files. Whole characters and movie sequences began disappearing before crew members’ eyes. In total, a year’s worth of work was gone in about 20 seconds.

The team was nervous but figured that they would be able to restore the missing files from their backups. Wrong. Turns out, their backups had failed during the last month. Now what? Without these files, the whole film would need reanimating.

Thankfully, by a sheer stroke of luck, the film’s supervising technical director, Galyn Susman, had copied the entire film to her home computer. As a new mother, she wanted to be able to work from home while spending time with her newborn son Eli.

The files were recovered, and the film was saved. Although not without the sickening stress of potentially losing a year’s worth of hard work (and possibly their careers).

In 2009, back when the Sidekick was trendy, more than 800,000 customers with the phone became the unwilling victims of personal data loss. Two years prior, Microsoft acquired the smartphone’s producer, taking over its data center. Ironically, the phone’s producer was named Danger, Inc. The irony is almost as painful as the data loss.

Before beginning to transfer data, Microsoft, T-Mobile, and Danger, Inc. ALL failed to check whether the data center was equipped to run on Microsoft technology. Unfortunately, it wasn’t.

Because of this oversight, Sidekick users lost their contacts, photos, calendar events, and other personal data. While they were able to recover part of the lost data, the reputational damage was done. T-Mobile never fully recovered, and still lags behind phone carrier giants like AT&T and Verizon.

In 2009, the NARA (National Archives and Records Administration) became the victim of massive data loss by theft. A hard drive containing the personal information of individuals who may have worked at or visited the White House during the Clinton administration was stolen.

As compliance standards require, the NARA had to send out emails to the more than 15,000 individuals who may have been affected due to the missing hard drive. To compensate for the inconvenience, at a massive expense to their organization, they offered a year of free credit monitoring services. The hard drive was never recovered.

Data Loss Can Happen to Anyone

The moral of all of these stories? Keeping your data backed up is important. You can enlist the help of a professional or do it yourself. Regardless, a good guide is the 3-2-1 backup rule. Keep three copies of your data on at least two different kinds of backup (server, cloud, etc.) with one copy stored offsite.

Following this methodology will go a long way in preventing the loss of resources, reputational damage, and frustration associated with data loss. Trust us, you won’t ever regret protecting your data. For more tips on how to keep your data safe in the event of a disaster, refer to our backup and disaster recovery whitepaper.